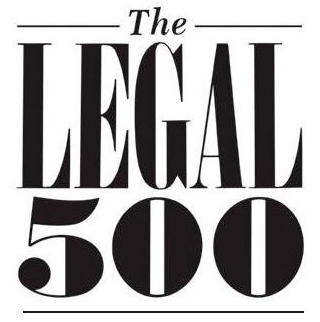 "Charles Gomez at Charles A Gomez & Co is regarded as ‘the lawyer you want in your corner for hard-fought cases’, and has ‘an excellent presence in the courtroom’. The firm’s has experience in administrative law, criminal cases, financial services litigation and shipping disputes."

Before qualifying as a Barrister, Charles worked as a baker, a journalist and a barman.

He is the Chairman of the Safeguarding Commission of the Catholic Diocese of Gibraltar and is the Director for Aid to the Church in Need charity in Gibraltar.

Charles is also a member of the Editorial Board for ReachExtra.com and is regularly interviewed for comments and opinions on local and global legal matters by the media in Gibraltar, UK, Spain and internationally.

A strong emphasis on financial services litigation and regulatory proceedings has led to several settlements but also a successful Court of Appeal Judgement ( re:  Advalorem - Civil Appeal No 10 of 2015).

As well as representing regulated entities before the Gibraltar Financial Services Commission, he has represented clients before other professional bodies and active in a regulatory investigation.

In addition he has acted in several cases of mis-selling of investments, all of which have been settled within the ambit of alternative dispute resolution procedures within litigation.

Charles Gomez has made representations to the European Union Enquiry on State Aid.

He represented the ex Chief Justice of Gibraltar in removal proceedings at the Privy Council [2009] UKPC 43.

He has represented the Government of Gibraltar in several successful claims for rectification under the law of defamation and mis-information in the Spanish Courts culminating with the Spanish Supreme Court’s unanimous decision of the 13th September 2017 [2809 of 2016] in which for the first time the Spanish Courts acknowledged the standing and capacity of the Her Majesty’s Government of Gibraltar to litigate in the Kingdom of Spain.

Recently he acted for the successful Claimant in the high profile unfair dismissal case of Tampin v GGCA Union [IT 3 of 2016].

Charles Gomez is an honorary professor in International Law at the University of Cadiz.
Charles is also a columnist for the Gibraltar Olive Press covering Britain's transition after Brexit in his series Brief.

Charles A Gomez LLB (Hons) of counsel, was called to the Bars of England and Wales and Gibraltar 1982.

Charles is regularly mentioned in the Legal 500 and this year was described as “a leader in judicial review” and “fearless”.

Charles Gomez is an Honorary Professor at the University of Cadiz, organising English Law lectures in Gibraltar and Spain for Spanish undergraduates.