A Welcome Change in Clinical Negligence: The Rehabilitation Code 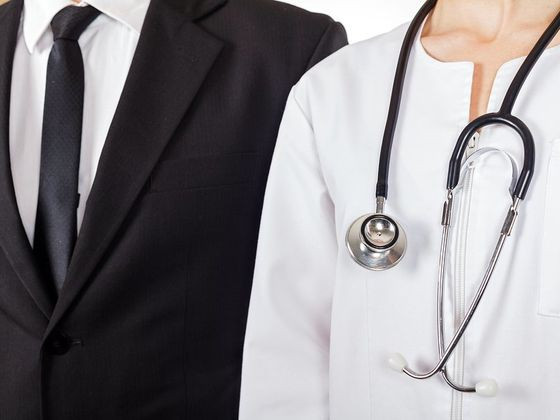 At any given time, our Chambers deal with about a dozen clinical negligence claims. These relate mainly, but not exclusively, to the principal provider of health services, the Gibraltar Health Authority (GHA).

The pre-action protocols of the Civil Procedure Rules require a health provider to investigate a claim and either admit or contest it. Claims will only be pursued where there are real indicia of negligence causing loss.

On average 20% of claims will be discontinued where a reasoned denial of liability is accepted and about 70% will be settled before trial. The rules require parties to try to agree facts so trials are few and far between.

Our latest court judgment, R v GHA (3rd December 2013) was a successful claim in which a conflict of evidence between two prominent authorities in the complex field of sepsis was resolved in our client’s favour after cross-examination at trial.

Once liability is accepted or proved compensation will be either agreed or determined by the Supreme Court. Awards of damages range from around £30,000 for moderately severe injury to the record award of £2,500,000 in a case of injuries of maximum severity – Z v GHA (8th  October 2002).

It had been a matter of concern that as lawyers promoted a claim for negligence, there sometimes seemed to be a disconnect with the on-going treatment of the claimant / patient. That has now been resolved to a great extent by the implementation of the 2015 Rehabilitation Code.

“The Code’s purpose is to help the injured claimant make the best and quickest medical, social, vocational and psychological recovery. This means that his or her need for rehabilitation is assessed and addressed as a priority, and that the process is pursued on a collaborative basis.

With this in mind the claimant solicitor should always ensure that the compensator receives the earliest possible notification of the claim and its circumstances whenever rehabilitation may be beneficial”.

In other words instead of waiting for a case to be settled or won, and indeed regardless of the prospects for an eventual outcome lawyers and health providers should co-operate to ensure that the claimant ‘s needs are addressed.

Clearly the Code is reserved for the more serious cases and among the recommended measures are the appointment of a Case Manager (medical) and the carrying out of an Immediate Needs Assessment.

The INA report should be submitted to the claimant’s solicitor and compensator simultaneously for comment and action. The process will ensure that at the very least a claimant will be reassured that his / her remedial treatment is being dealt with under close scrutiny.

Aside from ensuring that everything reasonably possible is done to facilitate the recovery and rehabilitation of the patient, a sincere commitment to the Code by the health provider will re-establish trust which is often lost when an incident of perceived neglect arises.

It is well known that the aftermath of a clinical accident can have a severe impact not just physically on the victim but also psychologically for the victim and his or her immediate relatives. These psychological effects can be mitigated at least in part if the service provider is seen to be co-operative. Where , as in the case of the GHA the provider has a virtual monopoly regaining trust is essential.

So far since the implementation of the Rehabilitation Code our experiences have not been as good as we had expected but are improving as the GHA gets used to this improvement in the system.

Ultimately adherence to the Code is good not just for the patient (whose rights and interests are, of course paramount) but to the medical providers and their insurers.