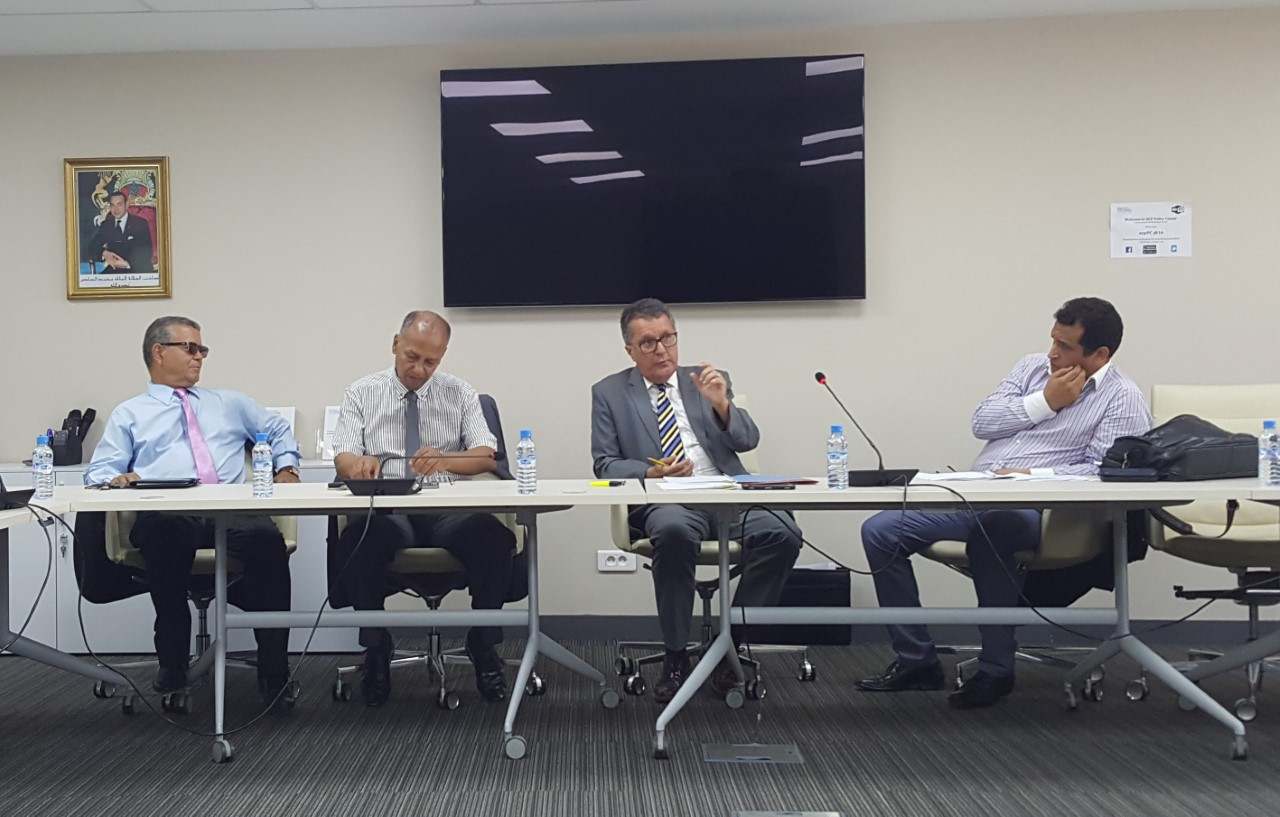 Gibraltarian barrister and Professor Charles Gomez was the key-note speaker at a recent conference on Brexit held by the prestigious Moroccan think tank, the OCP Policy Centre.

The OCP Policy Centre comprises experts in economics, geopolitics, international relations and security from across the African continent and further afield.

The address was given to a very well attended invitation-only audience of academics at the Centre's state of the art headquarters in the university district of the capital, Rabat.

Titled "EU - UK =? " the talk started with a detailed historical overview of the highs and lows of UK / proto EU relations from 1945 and highlighted the milestones leading to the eventual vote for UK secession this summer.

After a brief review of the divisive referendum campaign, Mr. Gomez analyzed the legal issues that the result had given rise to.

In answer to questions from the audience he focussed on indicia that it was the EU which stood to lose out more from separation.

The OECD's call last week for the UK to increase public spending contrasted starkly with its insistence that other EU countries should continue to apply policies of austerity. A very recent report of the UK's Office of National Statistics that so far, the impact of the referendum result on consumer confidence had been "negligible".

Whilst it was still early days, this data suggested that concerns for the health of the post-Brexit UK economy may have been exaggerated.

Furthermore, Germany's reliance on a trade surplus with the UK of €51 billion made it unlikely that Berlin would join in imposing the punitive measures which France and the President of the European Commission had prescribed as a warning to other countries thinking of following the British example.

Mr Gomez expressed concern about the EU's own prospects.

Ex Greek Finance Minister, Yannis Varoufakis, had said that the EU was badly constructed and was disintegrating. The banking union, public debt, the economy and the response to the migration problem had all failed and according to Varoufakis, European "leaders" refused to recognize that there was a "crisis".

However, Charles Gomez said that as an optimist, he rejected the Greek economist's grim prognosis of an imminent EU collapse which would mirror that of his country in being "quick and painful".

Instead, it was possible to view Brexit as the best of a number of possible evils which could result in a new and improved European trading block
Outside the maelstrom there were opportunities for other countries wanting to trade with the UK.

Gibraltar's proximity to Morocco and our membership, since late July 2016 to a common market with the UK, provided interesting opportunities. Gibraltar had a very long history of profitable commercial interaction with Morocco; a country which was working hard and successfully in terms of development.

The audience was very well informed about Gibraltar and the Spanish claim. A number of visits to the Rock are being planned.