Home Ownership : A saga maybe, but generally a successful one

Gibraltar has traditionally had one of the highest densities of population in the world.

A view from the top of the Rock will immediately highlight to the discerning observer just how cramped Gibraltar was before the big land reclamation projects were completed in the early 1990’s. 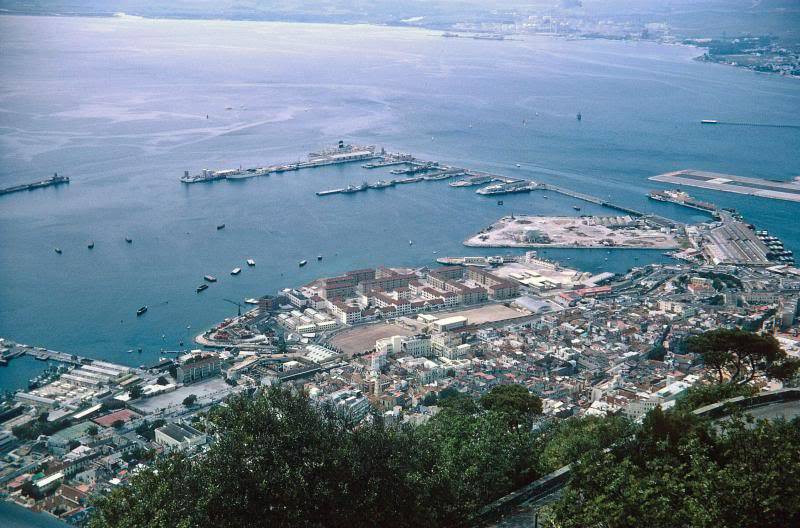 Housing has therefore always been a major issue in this City.

Until the 1930’s housing was very much in the hands of the private sector and the first foray by the then Colonial Government, Harington Building in Cumberland Road actually had to be stopped because of the war and was only completed after peace was re-established.

An ambitious plan to build 18 blocks to house 1,034 families (more than 5,000 persons) in a large area of the Alameda Gardens was pared down to a mere 9 blocks when estimates of costs for these steel framed buildings were found to have been seriously misjudged. Anticipated costs in 1947 of £750,000 rocketed to £3,547,589 and the project was reduced to 472 flats which were then called the Governors Meadow Buildings (now Alameda Estate) and cost £1,799,000 and saved the Botanic Gardens for posterity.

These flats were rented out to Gibraltarians eligible to be housed on the return of women and children from the evacuation. Subsequently cheaper builds were erected in Schomberg, Moorish Castle and Laguna Estates between 1965 and 1967 and the Glacis Estate completed in 1969 (for more details I recommend “Community and Identity: The making of Modern Gibraltar since 1704” by Professor Stephen Constantine Manchester University Press 2009).

After the frontier closure in 1969 the Varryl Begg estate was built and thereafter construction not just in housing but in most other areas came to a halt.

Shortly after the re-opening in 1982 the then Government of Gibraltar began to experiment with home ownership schemes the biggest of which was the Vineyards estate on the old gas works site which was originally proposed by a company promoted by a German born Gibraltarian Mr. Lothar Migge and the German Pistorius Group. The site went to tender however and was allocated to another local developer.

In 1989 the first GSLP government in conjunction with Dutch and Danish interests oversaw the reclamation of a large area within the Port, initially called “Feetham’s Beach” by incredulous political adversaries of the then Minister of Trade and Industry, Mr. Michael Feetham. The extraordinary success of what was originally characterised as a folly is there for all to see and around 2,000 flats were built including at what are now known as Harbour Views and Montagu Gardens / Crescent. These apartments were sold on an innovative basis with a subsidy of up to 50%  from Government which could be repaid in the future.

Varryl Begg Estate 1980, at the time, surrounded by the sea 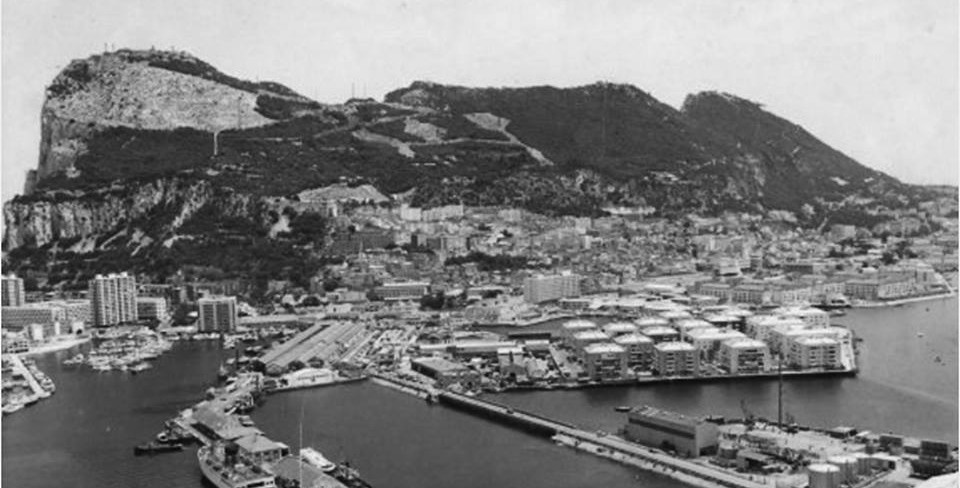 Although quality of construction left much to be desired, particularly in the Harbour Views (Westside One) development, successful litigation against the contractor resulted in the payment of several million pounds which settled the large repair bills so that now that particular housing estate is deemed to be in good condition.

Other problems did affect the Montagu Gardens estate and also a scheme carried out by another private company in the Brympton area of the South District.

Despite all of these problems and throughout this period there has never been a dearth of Banks and Building Societies willing to lend and indeed, Gibraltar is reputed to have a mortgage loan default rate which is far less than that of the United Kingdom. 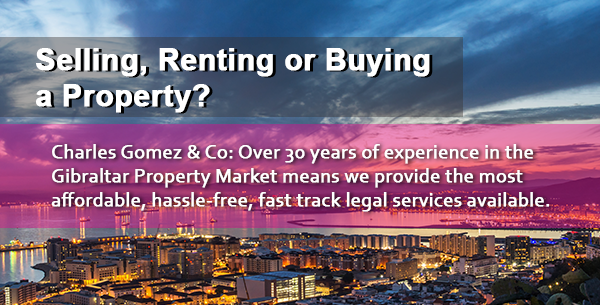 Home ownership has, in the same way as happened in Britain, generated in Gibraltar a level of wealth among ordinary Gibraltarian families which could not have otherwise been achieved from salaries.

One of the more recent relevant transaction handled by the conveyancing department of Charles Gomez & Co highlights exactly how beneficial home ownership has been. A flat in one of the estates mentioned above was bought in 1992 for £64,000 (say £122,000 today taking inflation into account) of which 50% was paid by Government and sold in 2016 for the fourth time for £215,000. The lack of any capital gains taxes in Gibraltar would have made each of the sellers a handsome tax free profit and enabled many to go further up in the property ladder.

Whilst home ownership has improved the standard of living of those fortunate enough to have been able to buy in to these projects, the Government has attempted to provide also for people unwilling or unable to buy even at discounted rates. The Sir William Jackson Grove project (originally Gib V) was divided into flats for sale and so called “Option C” flats which could be rented and the rents used as part payment for a future purchase. However disputes soon arose with those who had invested claiming that tenants did not take as much care as they should of common areas. Similarly, the Mid Harbours apartments which are rented out to eligible families has attracted substantial criticism in terms of lack of proper management to the extent that the property consumers association Action for Housing has challenged the Government to enact and enforce proper regulations to control anti social behaviour.

Not unnaturally these problems contrast with the situation in most home ownership estates which are run more or less efficiently by management companies owned by the flat owners themselves who pay a service charge to cover repair, maintenance and insurance of external and common areas. The raising of service charges and related expenditure are regulated under the Housing Act 2007 (previously the Consumer Protection (Property Maintenance) Ordinance).

The pendulum thus seems to be swinging back to home ownership first with the Waterport Terraces, Nelson’s View and Cumberland Terraces estates.

Waterport Terraces marked a further innovation insofar as private developers were cut out of the equation and the organisation and management of design and building was carried out by Government employees, seemingly more successfully than had previously been the case.

More recently, two other estates have caught the imagination of a new generation of Gibraltarians and those are the Beach View Terraces at Eastern Beach, some of whose apartments have views of the kind more commonly associated with luxury apartments in the best part of the Mediterranean and Mons Calpe Mews in the Waterport Area. Both developments were oversubscribed. Beach View Terraces buyers all completed before Easter 2016 and completions at Mons Calpe commenced immediately after.

Again, these developments were offered on the 50% - 50% subsidy scheme and there seems to have been very few cases where buyers have not been able to obtain mortgage loans.

The principal mortgage lenders have been NatWest and the newly incorporated Gibraltar International Bank with continuing support from the remaining building societies.

In terms of management and upkeep a great deal of effort is being made to ensure that lessons are learnt from the mistakes made in other developments are not repeated. Some of these mistakes including failures to invest in sinking funds  to provide for future capital expenditure have recurred not just in home ownership schemes but other projects also. The local adage “lo barato sale caro” (something like “cheapness can be costly”) applies particularly heavily when it comes to the raising of service charges which must cover not only ongoing expenditure but also future recurring capital costs.

In terms of quality of building construction these will have been an excellent opportunity for the two building companies involved to prove their worth. Beach Views is one of the first major projects of the locally based Gibraltar Joinery and Building Services Ltd and Mons Calpe was built by Casais, a Portuguese company which currently accounts for a sizeable proportion of the local construction market.

Both have developed excellent reputations which it is expected they will want to uphold by ensuring that snagging of defects is carried out expeditiously.

All eyes are now set on the Sir Robert Peliza and Hassan Centenary developments promised by the Government for the Waterport area and the Sovereign Bay site respectively. 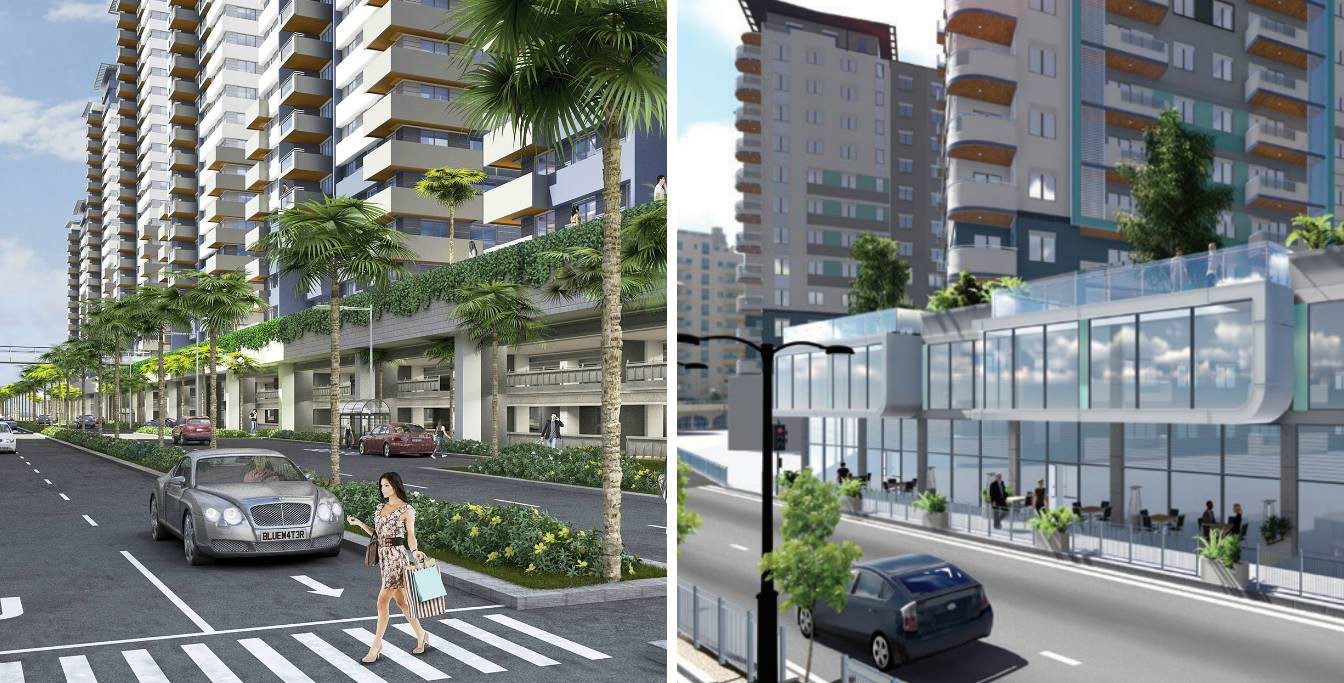 At the same time the launch in September 2015 of the University of Gibraltar is likely to act as a catalyst for further rental accommodation, possibly in the old part of town to supplement the flats to be built in the Europa Point Campus.

Nicholas Gomez is a barrister in the law firm of Charles Gomez & Co who have represented over a thousand first time buyers in home ownership schemes since 1989 as well as several management companies and have acted as counsel  in Building Construction litigation up to Court of Appeal level. In the latest developments,  the firm’s conveyancing department acted for more than 50% of all buyers.