Who was Bob Peliza? 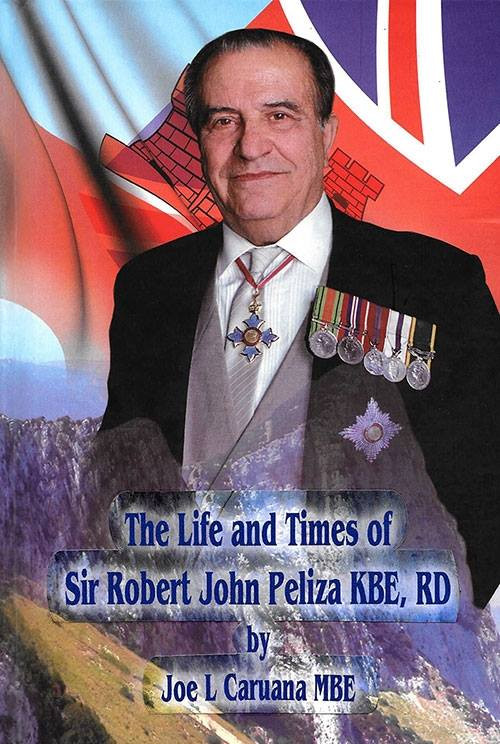 So who was Bob Peliza?

He was born in 1920 at Demaya’s Ramp overlooking Casemates, then a barracks and parade ground. His ancestors like those of many Gibraltarians were Genoese who settled in Gibraltar in the early 19th century.

On leaving school he first worked in the Gibraltar Chronicle Printing works and was a member of the Mediterranean Rowing Club from a young age.

With the declaration of war in 1939 he joined the Gibraltar Defence Force, which eventually came to be renamed as the Royal Gibraltar Regiment. A Sergeant Major for some years he left the service with the rank of Major but was appointed Honorary Colonel later on in life.

Always a Gibraltarian patriot and politically involved he was one of the founders of the Integration with Britain Party. He was Chief Minister from 1969 to 1972. His government was responsible for among many things bringing comprehensive education to the Gibraltarian system of schooling and the Varyl Begg Estate which provided much needed housing during closed frontier days. He is credited with the preamble to the Constitution of 1969: “Whereas Gibraltar is part of Her Majesty’s dominions and Her Majesty’s Government have given assurances to the people of Gibraltar that Gibraltar will remain part of Her Majesty’s dominions unless and until an Act of Parliament otherwise provides, and furthermore that Her Majesty’s Government will never enter into arrangements under which the people of Gibraltar would pass under the sovereignty of another state against their freely and democratically expressed wishes”.

Sir Robert as he later became was one of the main protagonists in the campaigns to obtain UK nationality for Gibraltarians and the EU vote.

He was a successful businessman in Gibraltar and London – a founder of “Acmoda”.

For a time he was speaker of the House of Assembly (now Gibraltar Parliament). He was active into his nineties and deeply involved in the 2006 Referendum on the New Constitution.

When it comes to your property purchase, Charles Gomez & Co provide fast and efficient client service to ensure that you get your keys as soon as possible, while keeping you informed at EVERY step of the process. This is why we were trusted by over 50% of buyers at Mons Calpe Mews and Beach View Terraces. Never be left in the dark by your lawyers again.